“Anyway, let’s get this done quickly!”

A collection of problems made by Sadiz as punishment.

Even though I felt depressed, I decided to sit at my desk
and get started.

“Because Sadiz would get angry… If hated, I… would
be troubled.

The Great Demon King stares at me as if impressed I was
obedient towards Sadiz.

I immediately concentrated on the magic mathematics[S1]
problem by expressing a few words of the text.

Sadiz’s original problems are a little more difficult than
what appears in the Academy class.

Careless mistakes are really fatal because of the cumbersome
calculations.

What’s worse, Sadiz will never give a “partial point” for using…

some one pick this up

Somehow, there are depictions of bloodshed.

Please take note for those who can’t handle such stuff.

I remembered, it was definitely that day that something started to “crumble”.

It has been four years since I met Reiss.

Being always together with me is just the norm, I met with Reiss as always, and visited the orphanage.

While playing with the other children, I heard from Uncle Allan that Reiss is not coming out of his room. Being given a single room for himself, he just stayed there alone indulging himself to his studies quietly.

“I even told him to refrain from always locking himself….” while muttering those words, I went to where Reiss’ room was with light footsteps.

There is something I need to tell him as soon as possible.

“Ne~e, Reiss. You’re there right? I’m coming in. Actually, I talked with father…

A couple of gunshots were heard, as if the heavens were striking with fury against the sinful earth, his breath was ragged, his blood boiled but his sweat made his body feel cold.

Sitting on the cold concrete floor, hidden behind a table and leaning against the hard wall was a boy, no older than a high school kid.

“stay calm, stay calm!, breath in.. and breath out” though the boy that was trying to calm himself while feeling his loud beating heart and staring at his own trembling hands, but he succeeded on doing so after a couple more of breaths.

– what do I do now…- he whispered in an almost inaudible tired voice, but no one answered him… no, there was no one who could answer him now, his comrades voices went silent with the shots heard earlier.

“maybe they’re hiding near them and that’s why they can’t talk to me” though the boy with a dry laugh, trying to deceive  himself, but he already knew the truth.

His comrades were already dead.

But he would not mourn their deaths, no, more precisely he would never even shed a tear for that kind of death, he would become a laughing stock if he did so.

His comrades fought and lost, that was all there was to know, and he was the only one left now.

– guess it’s all up to me now – he whispered again.

He gripped the hard metal on his hands, feeling it as if to ascertain that it was not fake, he took out the magazine and started counting the bullets left.

– 10 bullets… dammit! – in his frustration he almost punched the wall, but he refrained from because it would give his position.

10 bullets, a “smoke” and his knife, he would normally also have one or two magazines to spare but he had given them to one of his comrades who lost his.

– no crying over the spilled milk I guess – he comforted himself, reloading the magazine on the rifle.

“There’s three people left, so this will be difficult” he started planing his course of action “I’ll have to save ammo so I must try to kill one with the knife and take his weapon if possible, but they will surely be together now seeing as only I am left”

Having made a rough plan he stood up, put the rifle on 3 burst fire and silently started moving against the other rooms where the fight had broken, holding the knife and the front grip of the rifle with his left hand and the rifle rear on the right and his finger on the trigger.

And step by step, making sure to not make a single noise, the boy made his way trough the door, on to the dark corridor that went where his comrades had fallen…

Well this is my first post of many to come! (I hope, if I don’t forget about this as many things I’ve done before)… well don’t worry, what will be, shall be.

If some (maybe a lot) of you find my English weird or bad, well excuse me *bows* (not sarcastic), My native language is Spanish and I had to learn English by myself (reading, watching movies without subtitles and listening songs) and I’m worst at talking it, if someone can be my chat partner (talking) I would be glad! and if you need help with my native language (homework, little translations, etc.) don’t be shy and ask me!

Now, to not make this more long that it should be…

See you next time

P.D. If you’re a little good on google you may find me on other sites too. 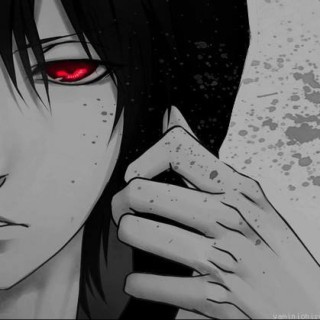 Avid reader, Bilingual, I like anime, LN, WN, VN, Manga, I like swimming riding bike and traveling, I'm as sarcastic as friendly I can be, If you share my likings don't hesitate to talk to me.